Cliché as it is, ‘the rest is history’. Short of giving Ikea a run for their money and flat-packing a Bournemouth beach hut, shipping it around the globe and sandwiching it (is that even a word) in an ungainly fashion to the front of the client’s house, this is testament to how a small idea, tight budget, amazing family and super-cute collie, can ostensibly, make the equivalent come to life.

While it’s not hard for me to go off on a tangent nor lose myself in a string of unrelated analogies, I can almost understand how Mary Shelley felt as she wrote Frankenstein. OK, leaving aside the grotesque, sapient creature as the end product of unorthodox scientific experiments, this client has created a wonderful result from the desire to add a whole new dimension to their home and capture the essence of part of themselves they left 14,500 km’s away. Fortunately, it was created through a fairly orthodox approach and heap of council approvals!

It’s got that subtle cheekiness about it, much like the cool kid at school….“Yeah, I got it!” 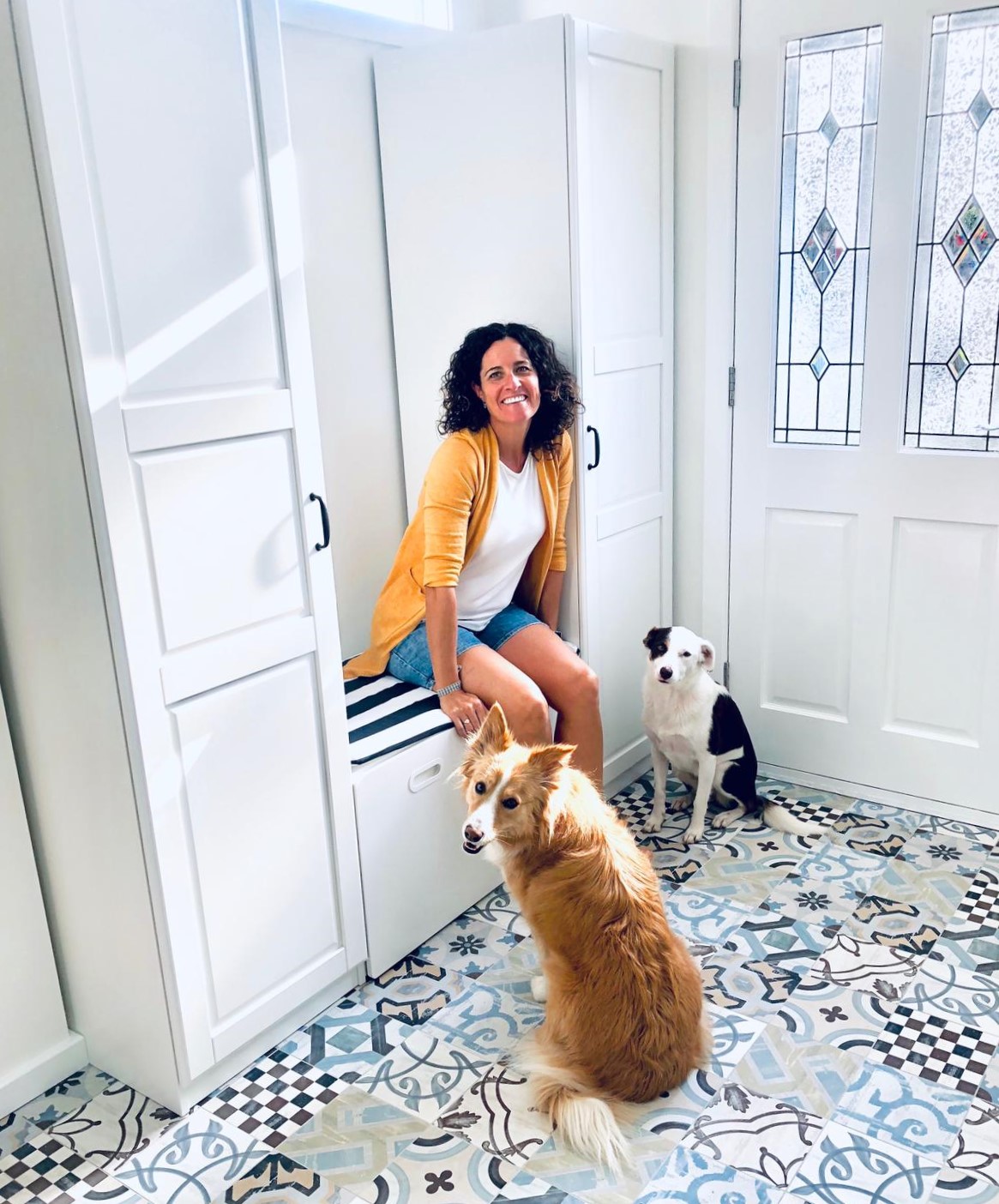 Without taking anything away from the design or idiosyncrasies of a small, simple build, there’s nothing ‘architectural’ or ‘clever’ about this addition, but it beholds so much more than the materials or space it occupies. In fairness, I had never thought this was something to write about; there’s really just not much there to comment on.

What captured me was how much time, love and thought had been put into it. True, the house did not have a front door – really, it didn’t. Access was to the side, straight into the dining area – don’t ask. So, of course, it was screaming like a child awaiting its next feed, for a blatant front door. If houses went to ‘homeschool’ and congregated in the playground at break, this one would have been teased for its lack of an obvious entry point; let’s just say it was late to blossom!

I am captivated by spaces that transcend the essence of design and construction to become something intangible to most, yet part of a family fabric. This is about them and how they live their work-life balance, which spills over into their home and is more about creating truly authentic spaces than getting lost in architectural ‘detail’. It’s not flawless and it’s not an overwrought grandiose vision; it is, quite simply, what they wanted.

There were aspects of this project that were challenging, more so than many projects several times the size and budget, but as always, renovations throw up the most unlikely of proverbial hiccups that, on reflection, are repackaged as ‘challenges’ and digested as learning sent to make us stronger and more agile in the next build.

In terms of a design brief – it doesn’t get simpler. We need an entry that’s more than a doorway and set of welcoming steps. The beach hut comment is genuine and as a structure, it blends into the existing house without fuss and makes no apologies for the transformation it offers the building and the owners. It’s got that subtle cheekiness about it, much like the cool kid at school that has an air of confidence about them; “Yeah, I got it!”

It’s not flawless and it’s not an overwrought grandiose vision; it is, quite simply, what they wanted. 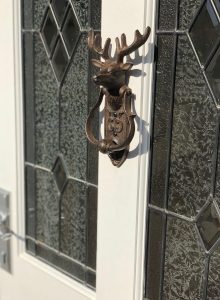 I’ve commented on this before, but small (and often inexpensive) ideas can make an overwhelming difference. And similar to a previous blog, it demonstrates the tangible benefits of working collaboratively in a project with the client and architect/designer. While we all would have liked to take credit for it, the clients made a last-minute decision to line the ceiling on the rake rather than stick with the plan and have a flat (albeit high) ceiling.

In hindsight, we could ponder why this wasn’t at obvious choice from the outset, but that’s the beauty of considering the building in the process as it slowly takes on a personality of its own; the cool kid just got cooler!

And in a bid to give the existing house something to brag about, a new skylight was added. Where the old one barely made the cut, offering a tad more glow than an 1840’s Victorian candle lantern, today’s protégé captured the northern light, catapulting it through the lofty roof space, fanning out into the kitchen to give it a new lease of life. Add to that a brave but perfect choice of floor tiles and the end result is a wonderfully magical space, both inside and out. 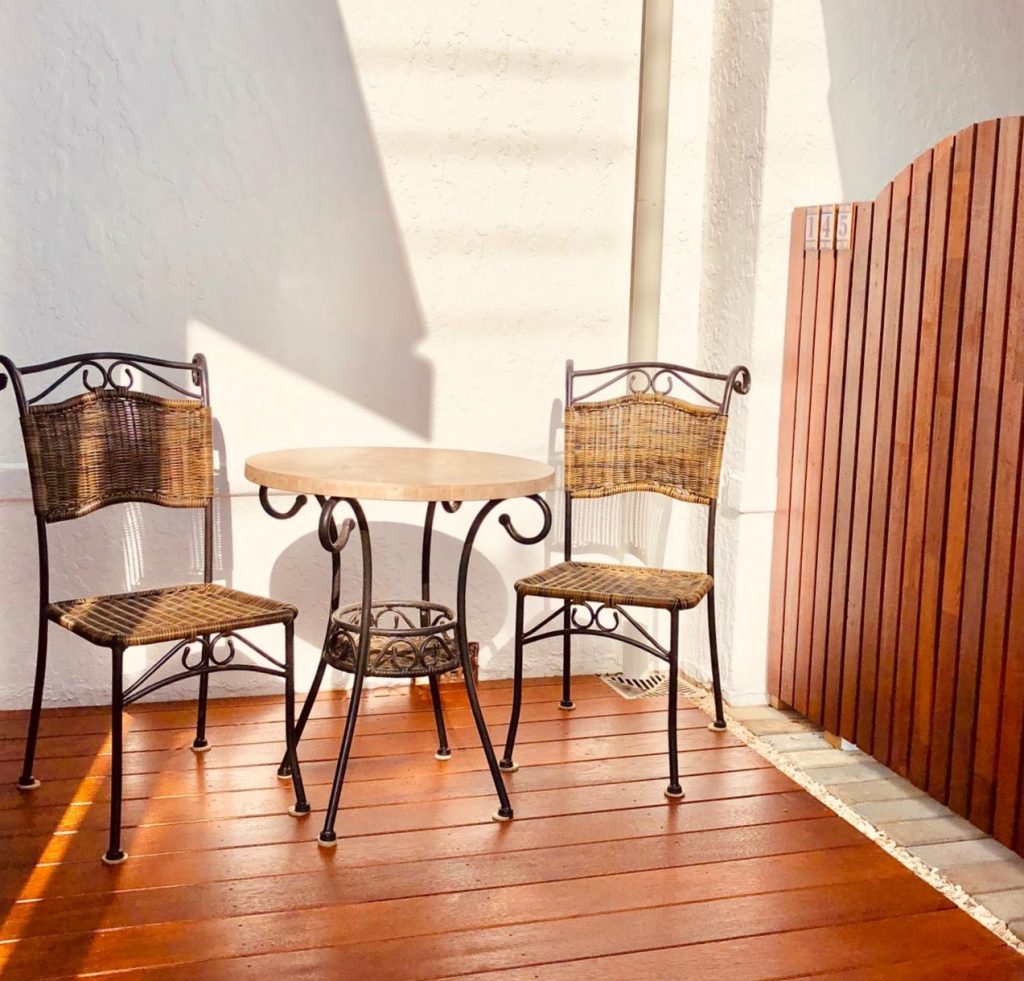 The decked area which could have been so easily paved to save just a few dollars now offers a quiet spot for an evening Gin & Tonic at a fraction of the cost as those served in Kalgoorlie! Although too many can be overwhelming for some! 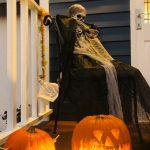 A change from brick to timber in the build-up provided a neat storage area underneath the deck suitable for those random items that never seems to fit quietly in the garden shed; kayak, tent, spare roof tiles, misbehaving children.

I can see the entry is already more than just an expression of its namesake. It is a meeting point, somewhere to relax and the culmination of several smaller renovations which can now be enjoyed as one. For the family, the muddy boots and sandy thongs will take their seasonal place alongside damp paw prints on the new tiles.

For me, I smile at the thought of how much this project meant to the family and the joy it now brings to them; I imagine Mary Shelley would be envious!

Thanks for reading
Mark

They say you should try to find enjoyment in the s

Never a truer word and from an amazing creator of

Here’s a teaser at completion of this awesome pr

Laptop in hospital with no sign of early recovery,

Yep..it’s coming! Here’s our teaser for some m

Can't get away from funky pipework in funky places