I thought about making a 60-second video to post on Facebook detailing all the ways to save money when building which I could extend further and include how to become an overnight TV celebrity on the side, make your first million from renovating a dilapidated rabbit hutch and turning it into a two bedroom granny flat with built-in stripper pole and, somehow, simultaneously become irresistible to the opposite sex. However, I quickly reached a couple of far-from-earth-shattering conclusions.

“I don’t have a sales ploy and clearly have
little interest in lowly print materials;
you are free to read on!”

1) Fundamentally, said video is probably already circulating the pages of Facebook. Along with a trusty side-kick algorithm waiting to pounce on susceptible wannabe’s who’ve unwittingly Googled a subject which Mr Zuckerberg is tracking, and like something out of ‘Dynamo’s’ magic show, up pops a video that will make you squillions and fix a leaky tap in the bathroom to boot.

2) It’s also fair to say that a 60-second video is less than likely to convey more than a modicum of my humble advice. Unlike the self-proclaimed ‘marketing gurus’ propagating the internet, I am unaccustomed to almost convincing sales ploys that, at some point, draw you into a purchase decision to obtain a semi-professionally printed booklet of their nostalgic advice that will revolutionize your world. I don’t have a sales ploy and clearly have little interest in lowly print materials; you are free to read on!

Thus, my thoughts on saving money when renovating will be limited to these ‘pages’.

*While I did elude to a ‘guarantee’ in the title, I cannot substantiate this by means of refund, discount voucher, free meal or in fairness, in any manner whatsoever, if you do not benefit directly from my advice.

‘A thorough set of plans…are invaluable. They bear an economic currency.” 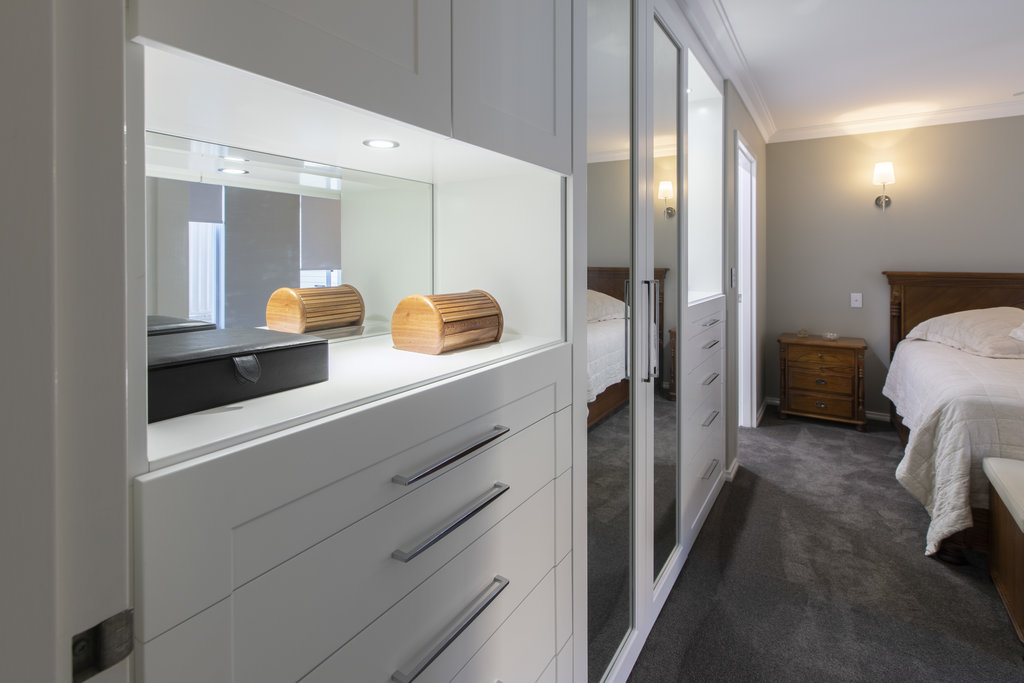 To elaborate, I refer to time.

Don’t rush the planning and design process. The time you spend upfront will reap rewards in the project. I’ve mentioned the ‘Devil’s in the detail’ before, and this is where it counts from the perspective of saving money. A thorough set of plans and specification, no matter how simple the project, are invaluable. They bear an economic currency that could be likened to a tradable commodity.

“If you hear the words ‘It’ll be alright mate’ from your builder, head for the nearest exit!”

Like a savvy stockbroker watching the market dive, who sees the potential in others losses, some builders and trades will look upon a feeble set of plans with glee. They can smell the variations and subsequent additional income a mile off. During the boom, I’m sure jet skis and overseas holidays were purchased before projects commenced, safe in the knowledge that nothing short of a small pot of Gold would be attained by completion.

I could run a day’s workshop devoted solely to the ‘holes’ I’ve seen in plans ranging from a simple bathroom renovation to additions costing well in excess of half a million dollars. Oh, you know what? I can hear my father’s voice saying “If I had a dollar for every time…..I’d be a millionaire”. Well, my bank account would be way short of seven figures but I’d definitely be able to afford a jet ski and overseas holiday!

At the other end of the spectrum, a detailed set of plans and a clear specification are to exploitive builders, almost worthless. They generally leave little room for error and variations will be the sole domain of a client-induced change, made purely at will. Pricing from such plans should be accurate and while there will always be ‘unknowns’ in a renovation, these can be approached without fear of the builder announcing, “If it’s not on the plan, it’s not in the quote.”

I cannot stress this enough, spend the time in getting the plans and specification right. And by right I mean, well thought through and well documented.

Of course, it may not be possible to think through every design detail and we all want the flexibility to change our minds later, but let’s not get lost in exuberant enthusiasm and regret it later. If you hear the words ‘It’ll be alright mate’, from your builder, head for the nearest exit! 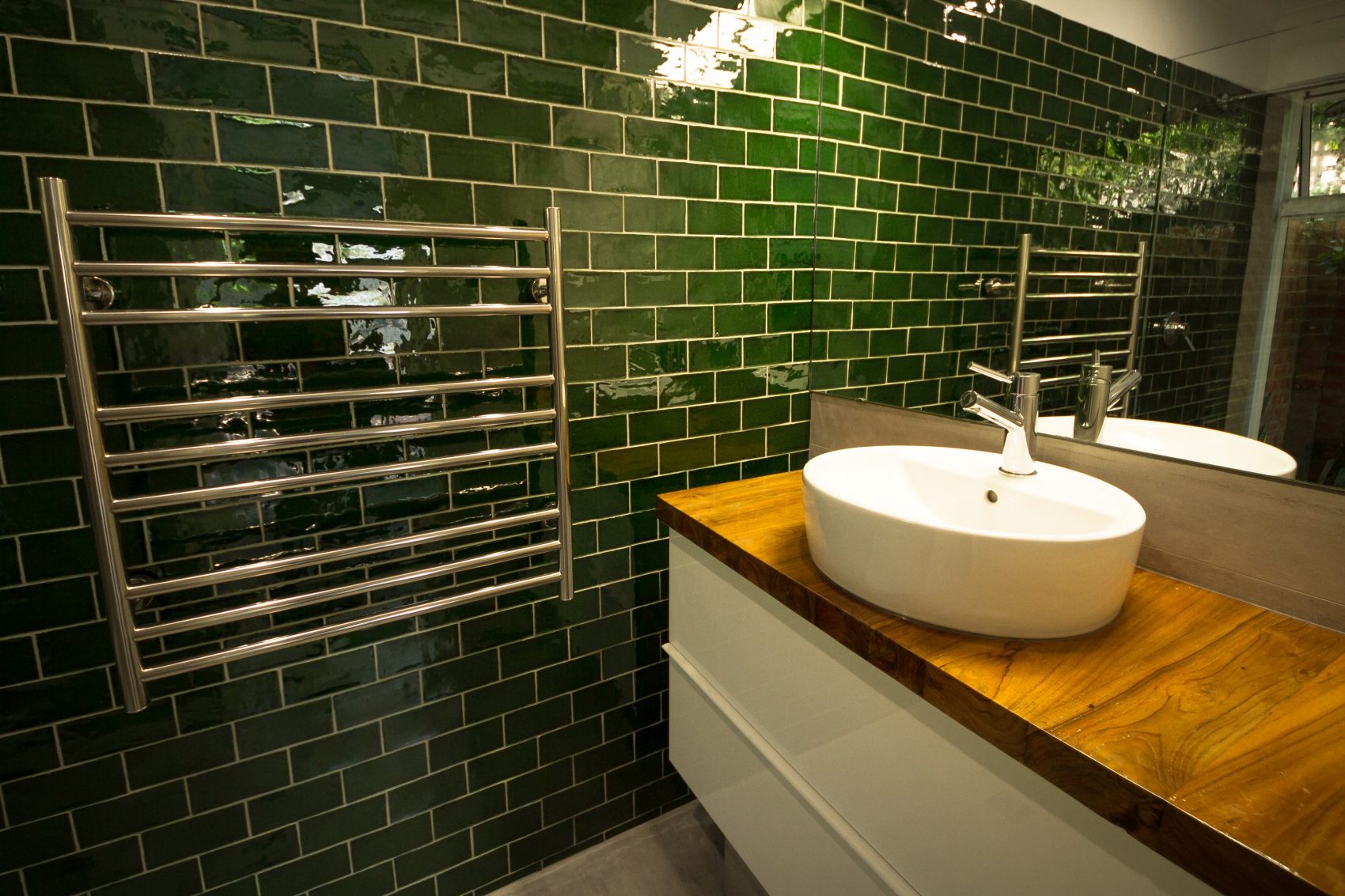 No, not a typo…this time I mean money!

OK, I’m not forgetting the title and neither am I reneging on the deal to save you money. I refer here to choosing your builder and to a certain degree, relates to the simple rule of life, ‘you get what you pay for’. Unfortunately, in the building industry, one has to be a little more discerning – we are peppered with some less-than-honest folk. However, let me set you straight on something. Getting five quotes and picking the cheapest one, far from ensures you’ll get the cheapest job. Semantics aside, but ‘cheap’ doesn’t always equal ‘good value’.

“If your gut tells you otherwise, follow it and move on.”

I recently bought a VW Amarok. Outside of a company car back in 1998, the Amarok was the first new car I’d bought. I went to four dealers and haggled over the price, warranty, ‘fruit’ and availability. After a week of effort, amplified by the childlike excitement of owning a vehicle that no longer bore the reference ‘car’ but indeed ‘truck’, I settled on the dealer. In this instance, I took the cheapest price….about $150 cheaper than the next best.

So what’s my point? My point is with a truck (I love just saying that!), selected ‘fruit’, standard warranty and local dealer it’s easy to compare like-for-like, so the price is, well, the only real defining factor. Paying more wouldn’t have given me anything extra.

With a builder, plans etc it’s very hard to know if you’re getting a like-for-like comparison and if someone is ‘cheap’, as a sweeping statement, backed by little scientific evidence, there could be an underlying reason why so. That said, expensive doesn’t always relate to the best. But like a fine wine or Audi convertible, outside of personal tastes, it’s difficult to argue that they have a place in the market where you’d be hard pushed to knock them.

My advice here is simple. Don’t chase a cheap price. But no matter who you prefer, speak to at least a couple of their previous clients and feel comfortable with them. If your gut tells you otherwise, follow it and move on. 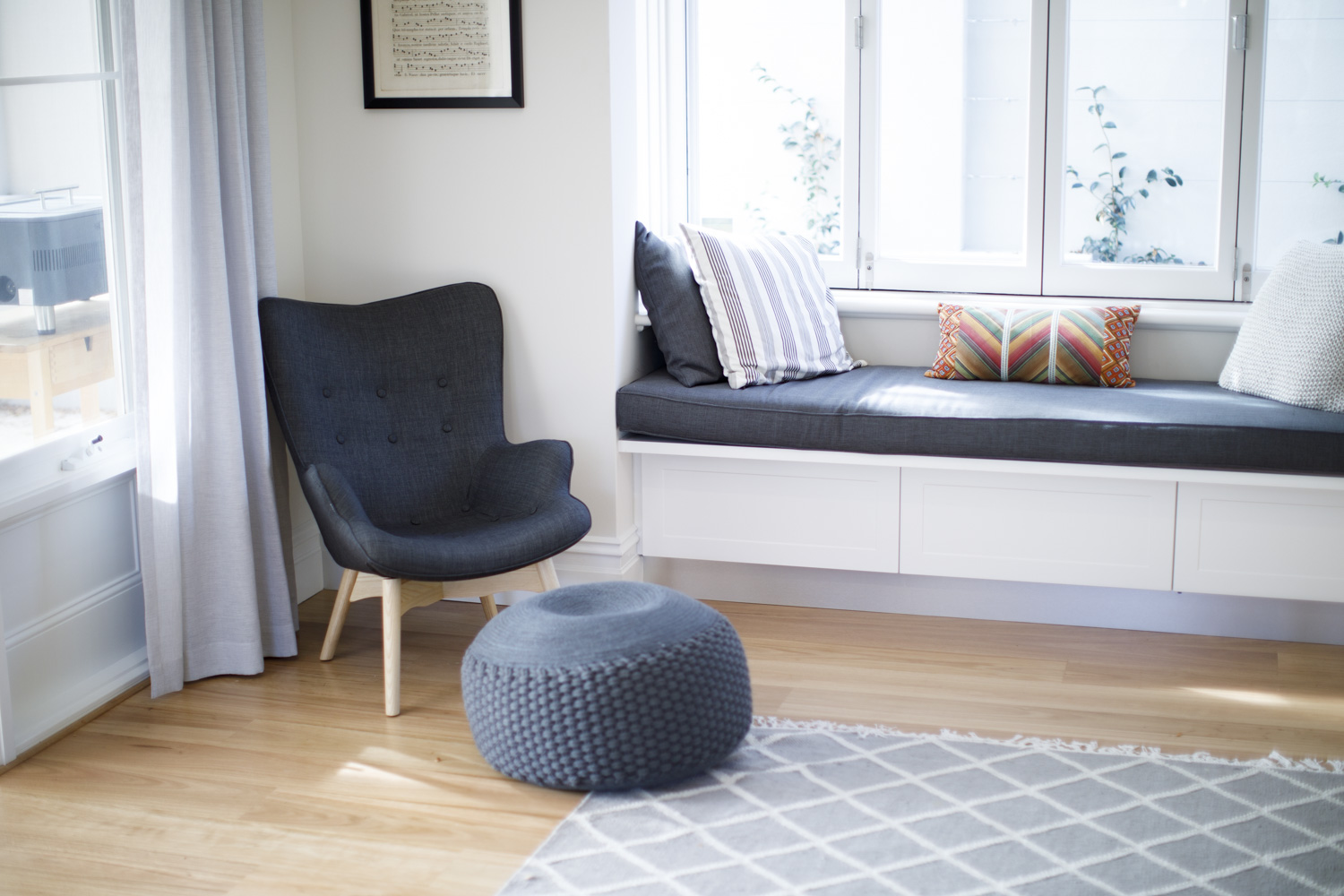 This may be easier said than done but the principle rings true. Pick a figure – a budget that you’re comfortable with including a bit extra up your sleeve for those freakishly annoying unknown factors that invariably crop up – then, stick to it!

So here’s how I see things change in the often all-too-common events that follow:

On a scale of one-to-ten, with ten being ‘the Earth will continue to orbit the Sun on a 365-day cycle’ and, one, being ‘no it won’t’, this is a ‘ten’ on the scale of reasons why budgets blow out. The budget is unrealistic in the first place. Sorry, far from earth-shattering but nearly always the case. Sometimes it’s a poorly thought through ploy to work the builder, designer, architect into designing/costing something that’s impossible to crow-bar into the ‘budget’, while blissfully knowing there’s more available – ‘but I ain’t gonna tell the builder that!’.

Unfortunately, this approach doesn’t work. It usually costs a lot more because, after the non-surprisingly unrealistic prices that come back, things get rethought, redesigned and repriced. Thus, costing more.

More commonly it is a general lack of understanding from the client, architect/designer’s perspective on what the project is likely to cost.

Oh yes, all the shiny stuff you want. All too common, we see budgets creep Northwards at a far more rapid rate of knots than Robert Peary trudged endlessly to the North Pole in 1909, due to emotional spending on fixtures and fixings and changes during the build that can become costly. For example, a hotplate that isn’t specified and ‘later’ becomes an induction hot plate…which needs its own electrical circuit. Chaching!

The simple truth is a budget can be rendered as useless as trying to straighten deckchairs on the Titanic if a clear idea of the fixtures and fixings or details aren’t locked in as part of the overall budget.

My suggestion is, ‘be realistic’. Take good advice – act on it, and don’t think cheap is cheaper. 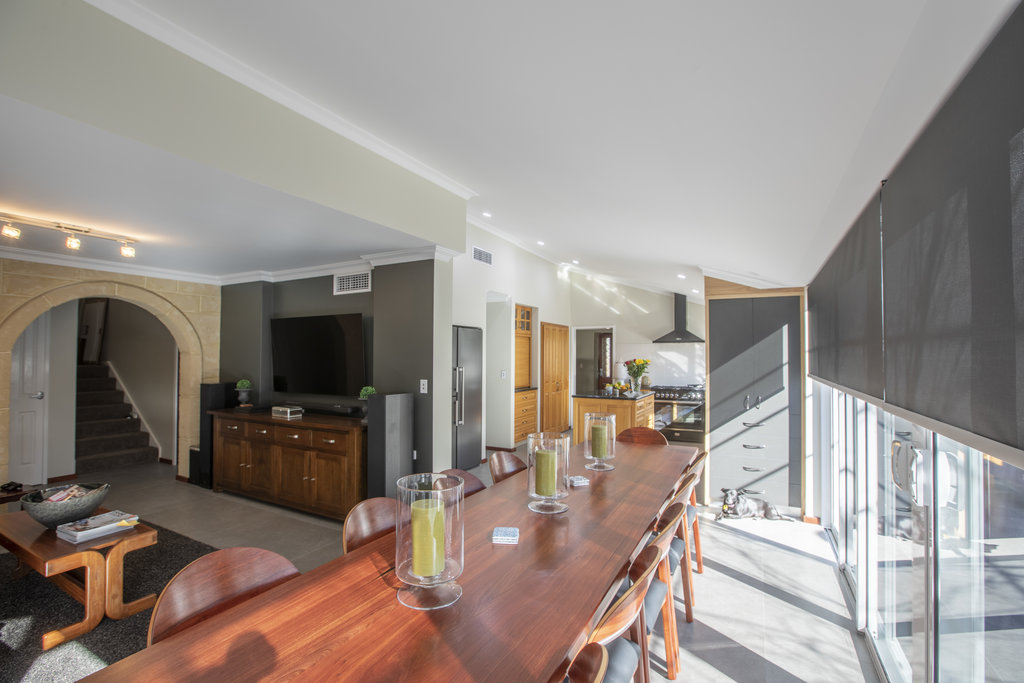 This will be more relevant to certain geographical areas than others, but the principle is intact. Western Australia for instance, will be more familiar with this than Queensland. Sweden, on the other hand, are way ahead of us all and makes us look like we’re getting excited by rotary dial phones while they enjoy the iPhone XS and Galaxy On8!

“…around the same time shoulder pads and insane perms were all the rage.”

So, what am I rabbiting on about?

Anything other than ‘double-brick’. OK, I preface this by means of the following points:

The ‘love’ of bricks in WA especially, has stemmed from great product marketing over the years starting way back in the late 40’s but propelled to the forefront in the 80’s – around the time shoulder pads and insane perms were all the rage.

However, materials and technologies have changed dramatically since then and alternative products are now being freely used in replacement of our trusty stalwart.

I find that renovations particularly are moving away from brick as a ‘go-to’ product, but in terms of saving money, there are a number of distinct advantages with some of the alternative option.

One particular example is timber framing. A typical 90mm stud wall insulated, will exceed the insulation properties of a double-brick wall. It almost seems ironic that to enable a brick cavity wall to reach the minimum insulation requirements to pass building requirements in WA, we have to include an insulation blanket in the cavity. Which by default, partly negates the practical purpose of the cavity in the first place.

Timber framing in comparison to brick is generally quicker to build with, more economical in terms of material cost, better to insulate. Better on the back pocket.

Then there’s the raft of wall panels such as SIPs (Structural Insulated Panels), Versipanel, Bondor, along with concrete filled panels like Ritek and AFS, which may offer similar construction savings in time/money and could be considered on many levels.

There’s a whole article in itself with build times, cost savings and thermal properties easily justified by the data and costings readily available.

That said, brick has many redeeming features and I’m not advocating dispensing with them per se, merely looking at alternative materials in the design stage which may well save you money.