Who said WA doesn’t have any cool buildings!?! Whether you love or loathe exposed brickwork (I for one tick the ‘love’ box… that doesn’t sound right does it…), this coffee shop manages to embody all the warmth and soul that can come from good use of exposed brickwork without losing any of its originality.

Like too many shops dotted around the globe, I get the feeling that chipping off render to expose the brick, in strategic places (just because it’s cool), has created a plethora of unimaginative interiors, bland in their use of ‘me-too’ designs and an easy option for the coffee culture of today.

It’s hard to be overly critical when I’d prefer to see the result of tame jack-hammers rediscovering the original bones of a building rather than slapping on render or a coat of paint just because it’s easy.

But suffice to say, Attic is a paradigm for other ‘me-too’ wanna-be’s. 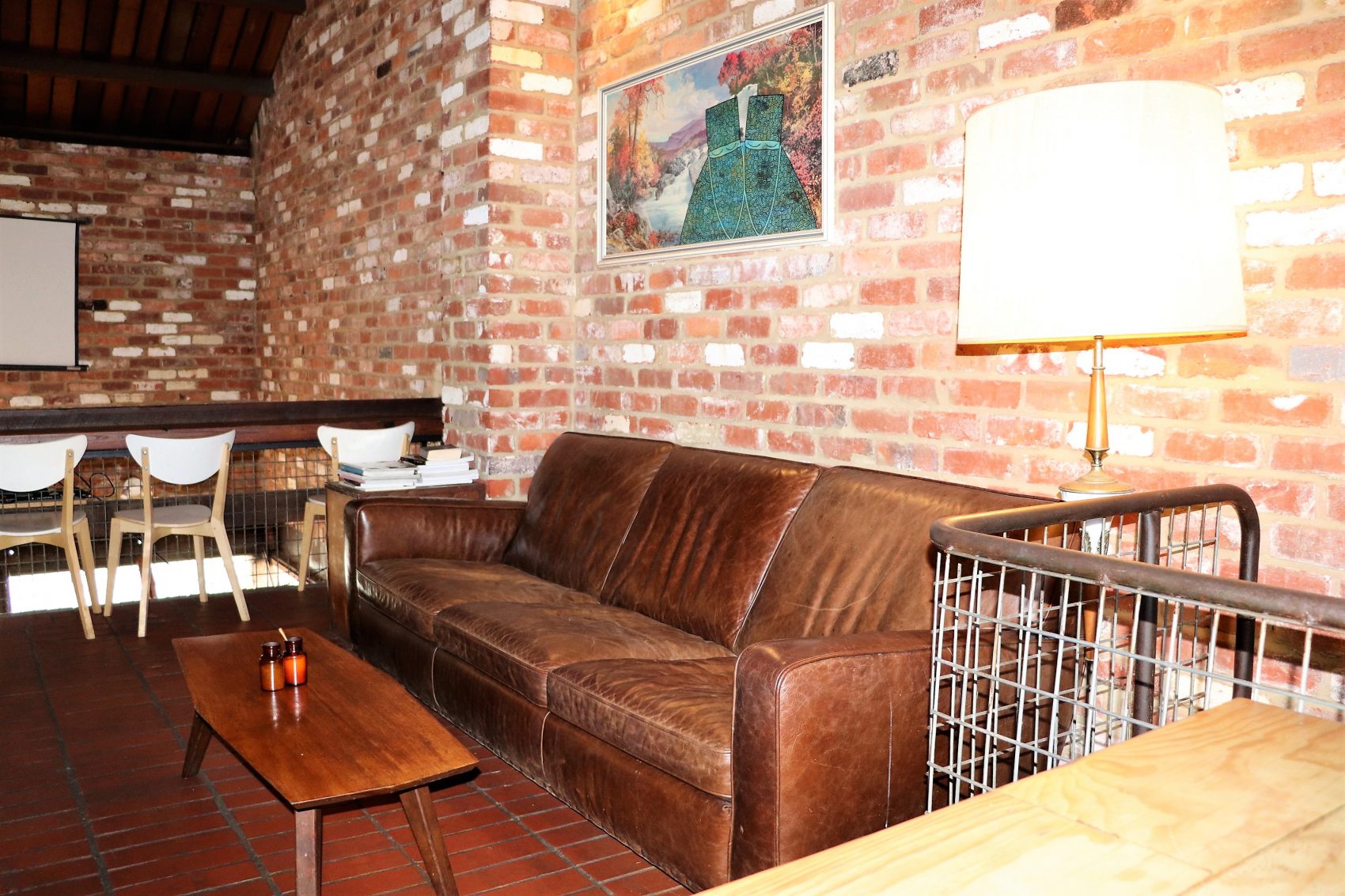 I went to Attic for the first time about four years ago and when I thought about coffee shops that would be suitable for the blog, this was the first that sprang to mind.

When asked why, one word summed it up – ‘Genuine’.

And by “genuine” I refer to the simplicity of the interior, which could so easily have lent itself to an array of alternative design solutions, while still keeping a substantial area of the original brickwork exposed. On plan, the concept of having all the walls exposed would have been the equivalent of going to a gala dinner wearing nothing more than Bonds undies and a wrist watch; sure, you don’t need to give much thought to what you’re going to wear but it’s a lazy option surely?! 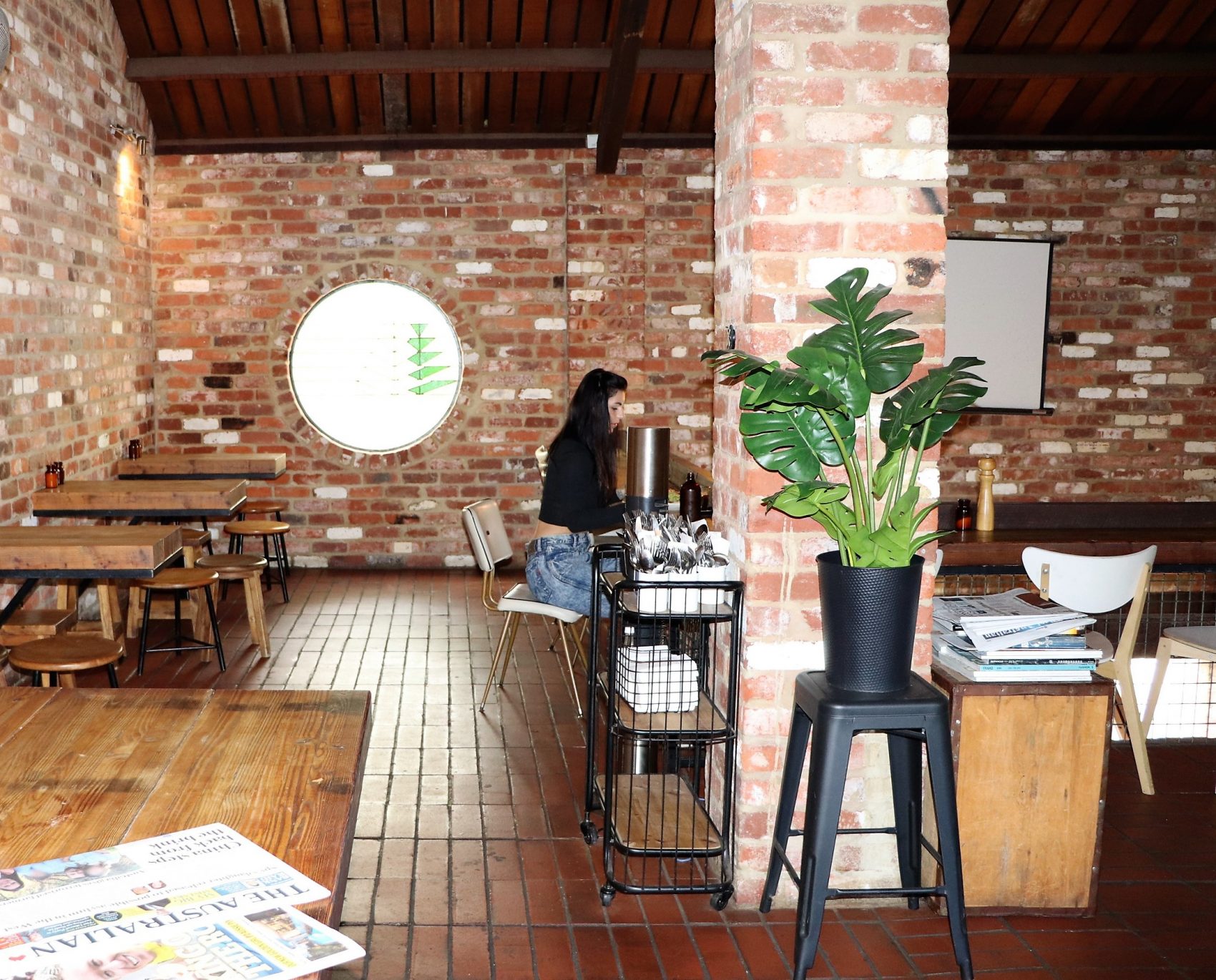 For Attic, it simply works. But like any space, no matter how well it delivers a relaxed atmosphere and space you can hang around in for more than one latte, the staff make it come to life, or indeed, can proceed to give it a slow death.

Oscar nailed it as I stepped across the threshold (my camera-work left a lot to be desired and half of Oscar’s head, but at least I’m better at renovating than taking photos!). 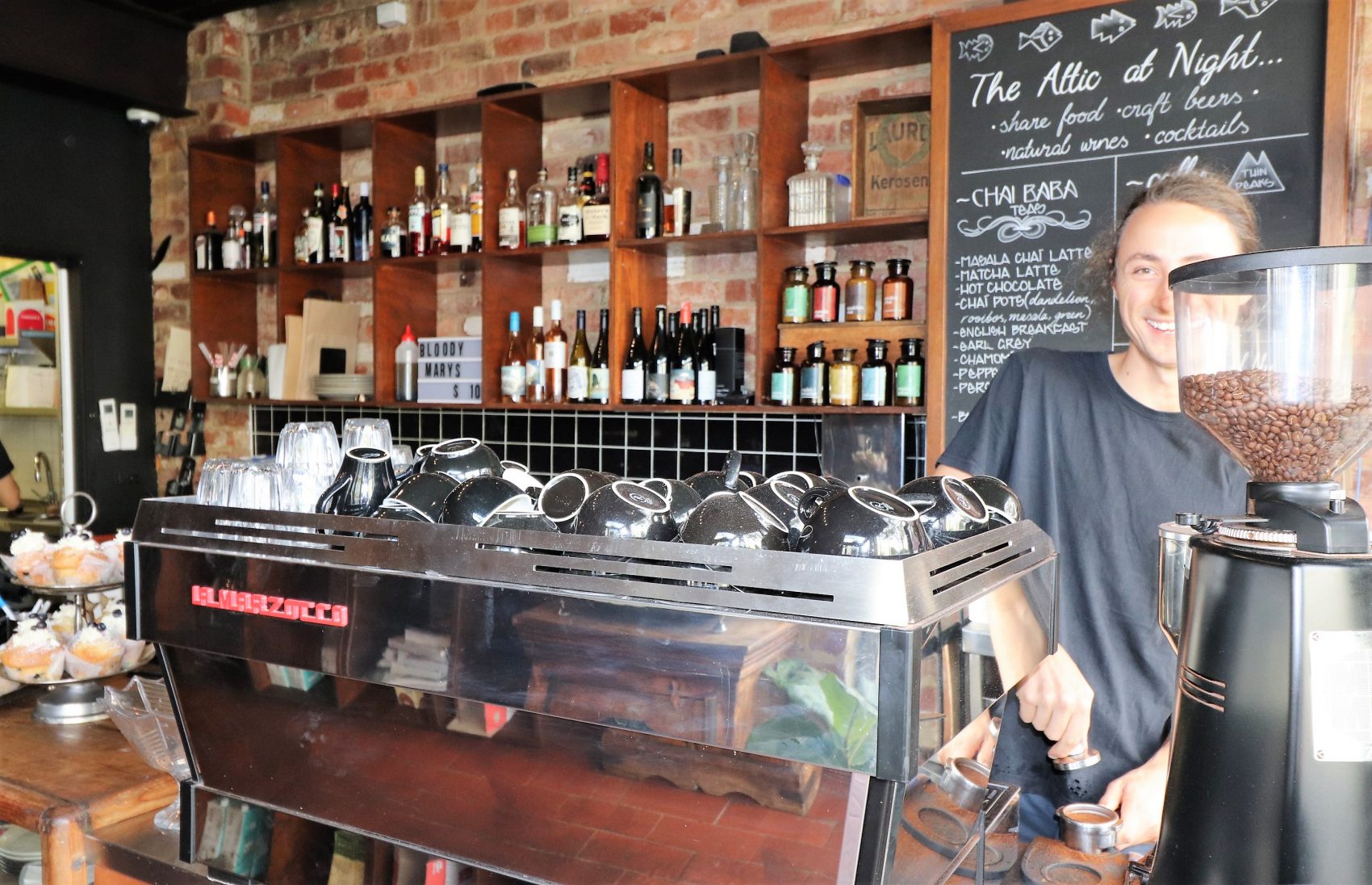 I feel myself getting older by the day as I lament on the apparent demise of manners and customer service. Practices all-too-often perpetuated by our youthful workforce, who’ve managed to untether themselves from Snapchat and Instagram, long enough to reluctantly do a few hours work before normal life can resume, safe in the knowledge that the service industry was better for having them even appear that day. Too harsh – maybe? Unfair sweeping statement of a non-existent stereotype – doubtful. But let’s face it, not an uncommon occurrence.

“Anywhere else and they would be like dill on a salad; just garnish!”

Oscar my friend (don’t take that literally as I’d just met him), you put your peers to shame. You rock! 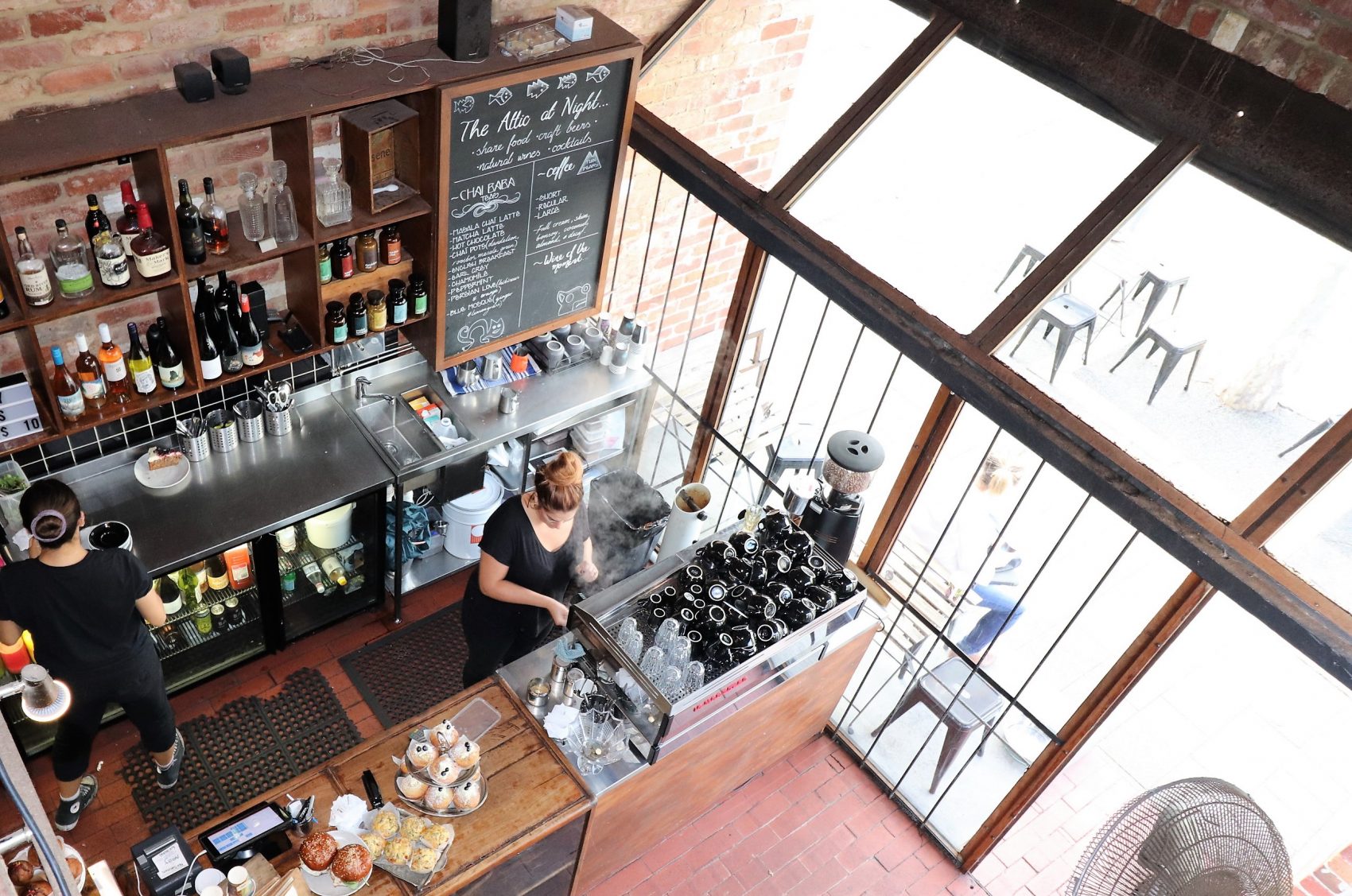 Having opened seven years ago, the owner, Jess, has managed to create a wonderful environment and while Anna (another youthful yet engaging barista-type staff member) and Oscar were clearly beard-less, I did notice a singular beard meandering through the brick emporium. Beards aside, there was nothing pretentious or try-hard; I liked it all.

The old fashioned scales may even serve a purpose here; anywhere else and they would be like dill on a salad; just garnish! 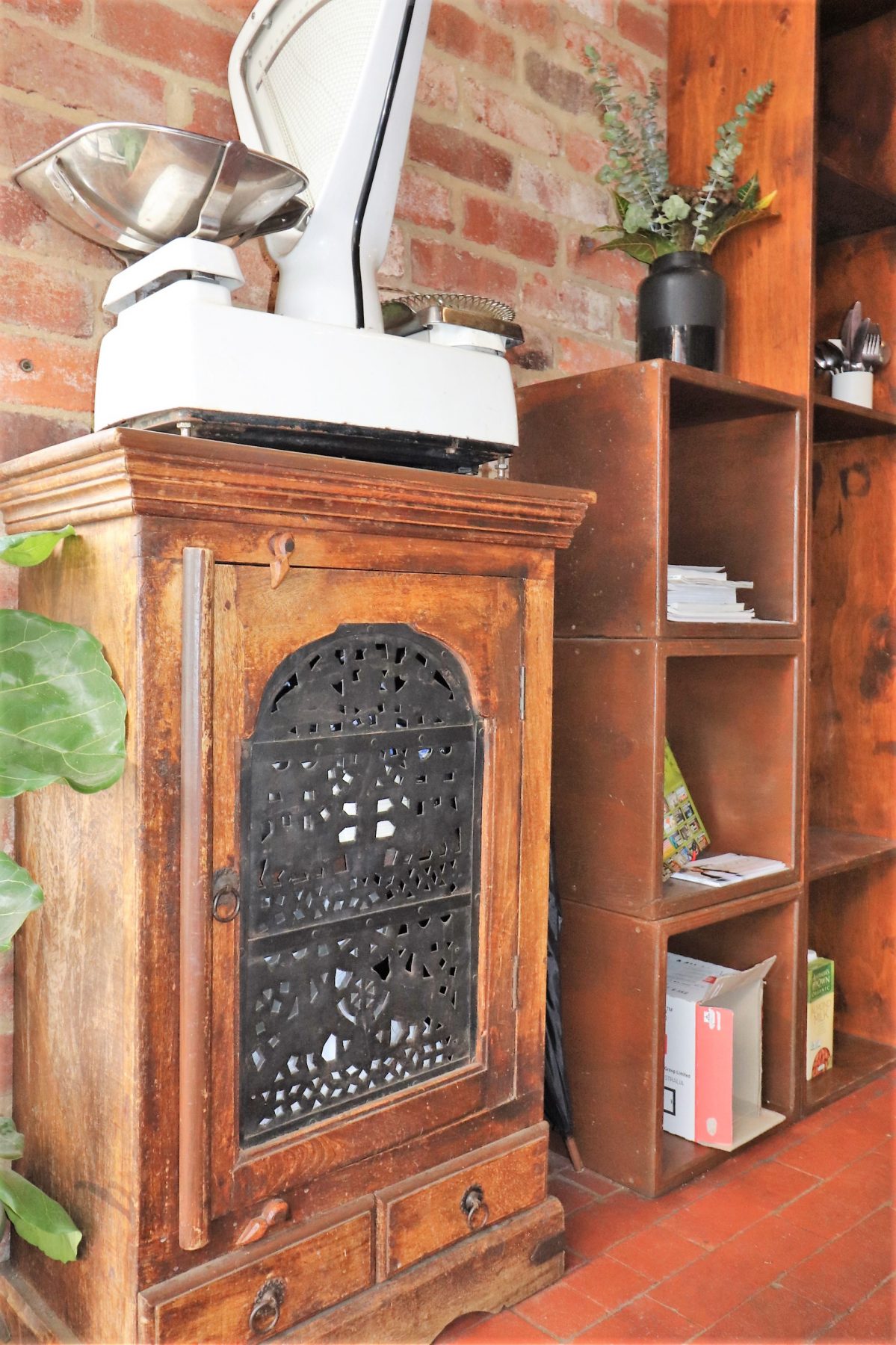 And amongst the piccolo’s, long macs and double-shot soy flat whites, it is refreshing to stumble across a place that provides an alternative to our caffeine infused ‘go-to’ heart-starters… 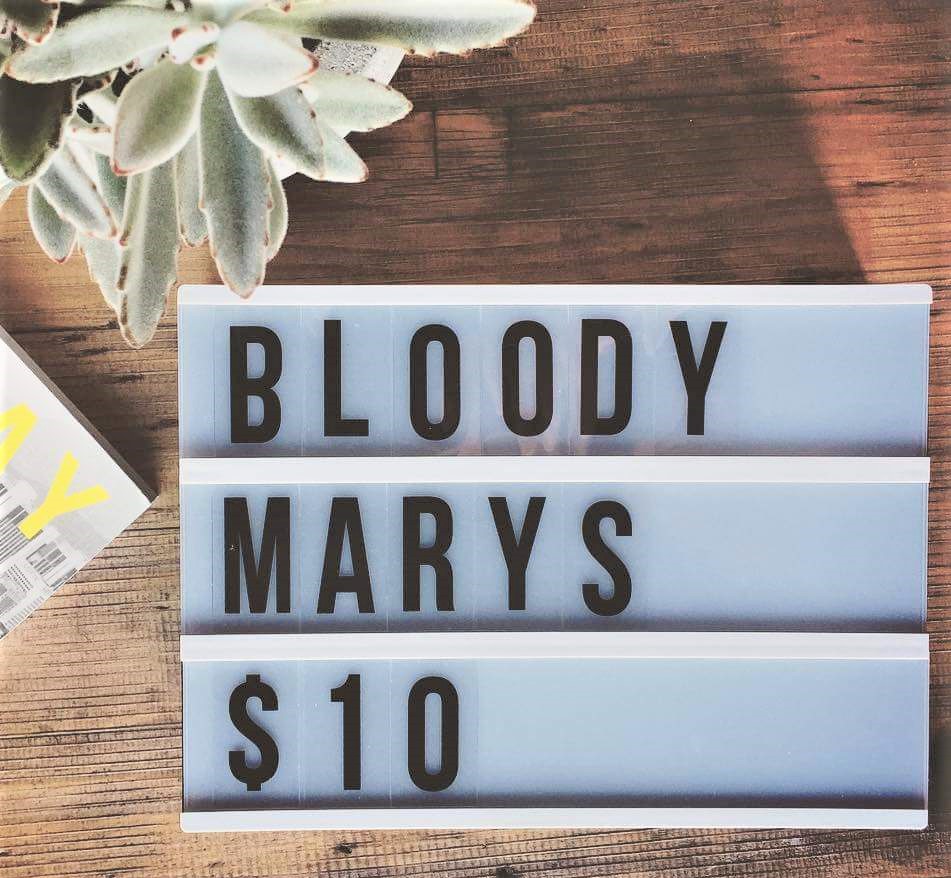 Thanks for the coffee, the smiles and proving that brick can be as warm and inviting as a 1000-thread cotton covered, duck-down filled doona on a cold winters’ night when the heating has died and the dogs chewed holes in your Uggs.