I looked up the Cambridge English Dictionary definition for ‘penchant’.

While I knew the general meaning and how to contextualise it, I read that it’s “a liking for, an enjoyment of, or a habit of doing something, especially something that other people might not like”.

Nothing could describe the previous owner better than one who had a penchant for home renovations… especially renovations that other people might not like!

It appeared that the renovations conducted in the past could have been more successfully accomplished by three solitary koalas equipped with little more than a pick-axe, roll of gaffer tape and a Bunnings card!

This may appear harsh, but in terms of seeing the result of someone’s actual time and money, in theory expended at will with the end goal of improving what was previously there, then I have barely seen a worse attempt.

That said, this gave the owners a great opportunity to buy the property at a good price and give them scope for some relatively easy yet enhancing changes.

As with many renovations, the space and budget were limited and the clients had an expanding family on the horizon so better use of this part of the house was essential.

In a ‘go-for-it-the-budget-is-unlimited’ scenario (which funnily enough rarely occurs; go figure), extending out and/or up, would have given huge scope to remodel the entire house, but seeing as this wasn’t part of reality, the second option was to reconfigure and open out.

“The secret is to stick with a key design idea and execute it simply”.

I have seen many renovations, which fail to capitalise well on the space provided, often perpetrated by Pinterest and glossy coffee-table magazines, which ‘sell’ the lifestyle we all want to encapsulate throughout our dream home, but that don’t always work so well in our non-dream home.

One step in the opposite direction and you’re competing with the fashion magazines and Instagram, trying to recreate a lifestyle that seriously, only suits a few; is the whole world really that obsessed with kale and goji berries! It’s all too easy to get lost in the images and try to apply them ‘verbatim’ (usually many of them!) in one renovation. The secret is to stick with a key design idea and execute it simply.

No, not an outburst of Tourette’s but something I love. And love how they can transform a room not only from an ‘inside-outside’ perspective but also from a shabby to sheik perspective.

Stackers and let’s be fair, bi-folds, have such a dramatic effect on a space that for this home, the placement of the kitchen bench and overall use of the room, evolved from, and around the decision to put the doors in. A non-negotiable cost in the budget well spent. 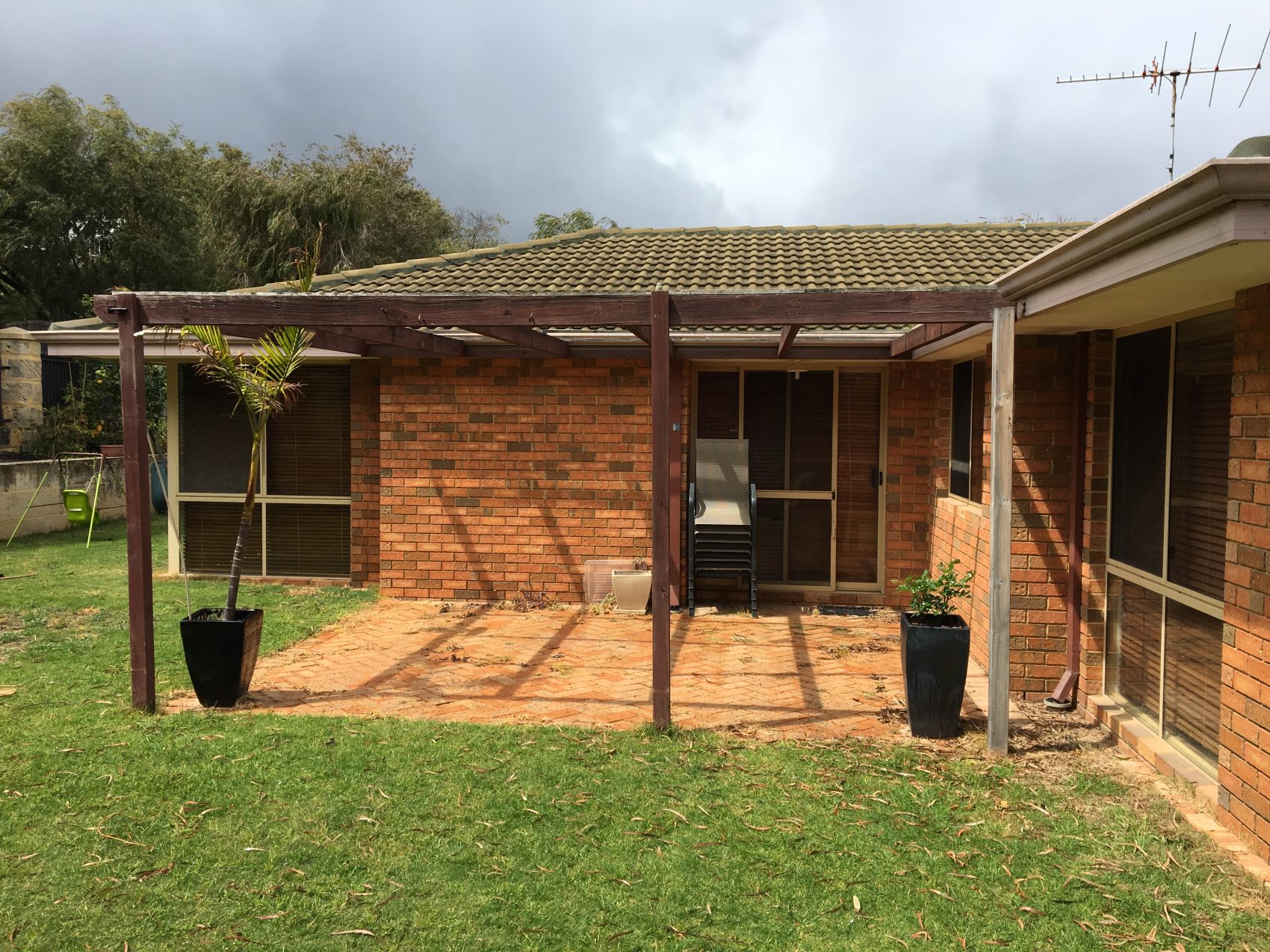 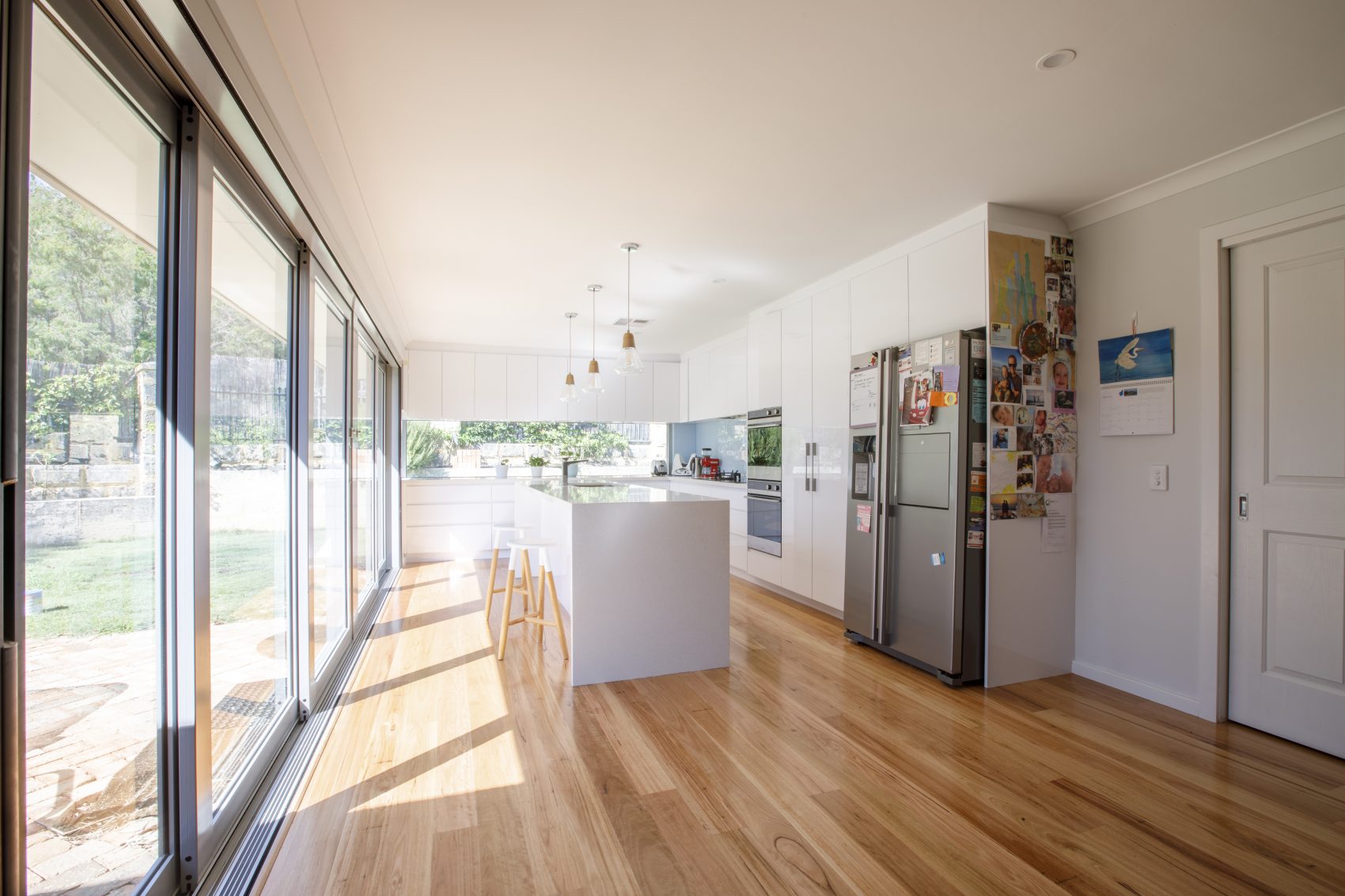 On a parallel and nothing short of indulgent use of fiscal responsibility, a splashback window was also a non-negotiable part of the design. Great decision and while the cabinets and benchtops came with a high-end vinyl-wrap finish and carefully manipulated into the budget, the hero of the project was the glazing. Even the use of Low-E glass and some added insulation in the ceiling were decisions that took priority over a more expensive choice of engineered timber floor. But I have no doubt that the choices will not have been regretted. 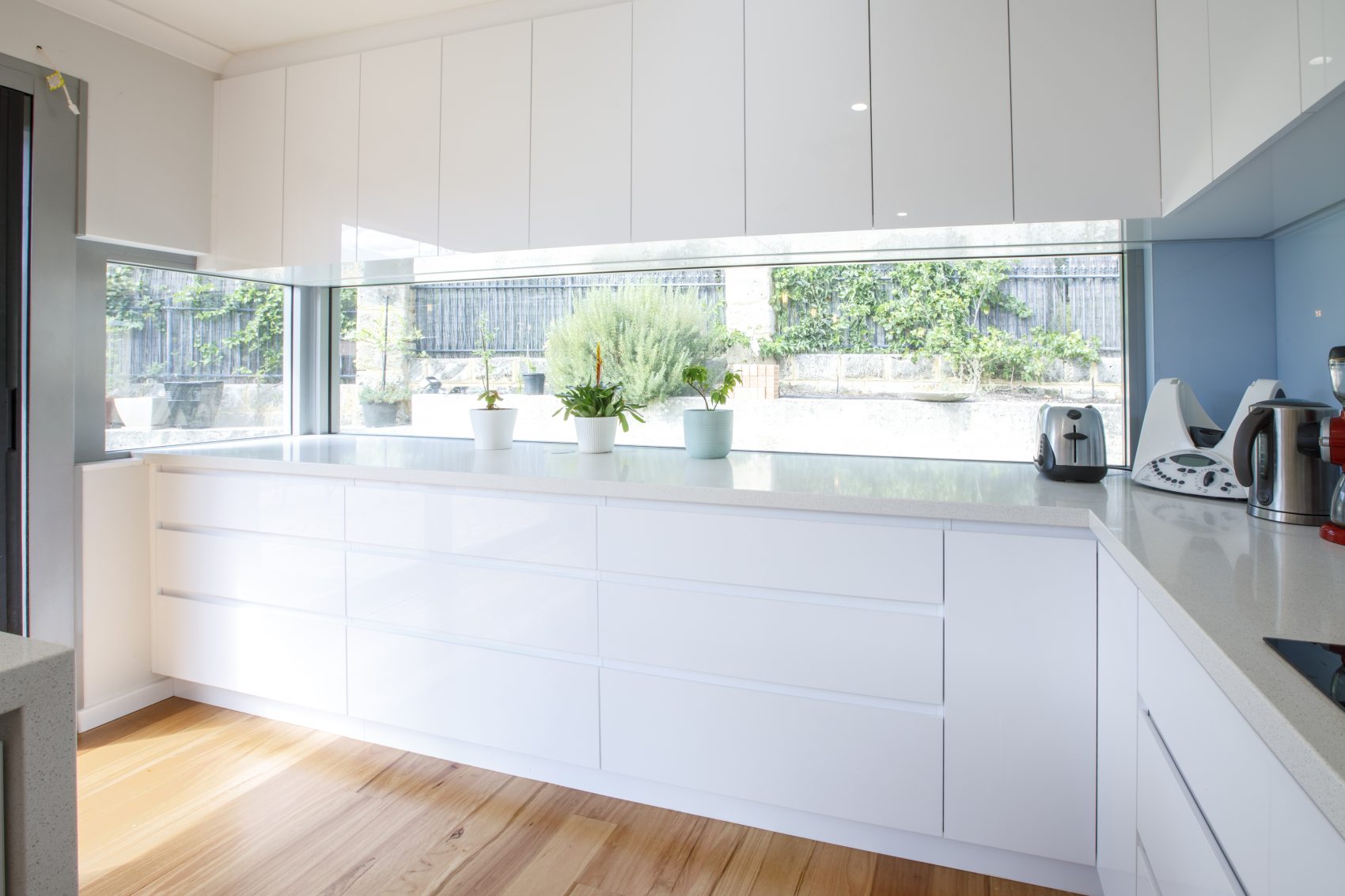 Consideration was given to making the kitchen wider, or longer but this would have added too much to the cost. It’s lovely to see how far a budget can be stretched (in the right direction) with a bit of creative thinking, choice of materials, realistic expectations and numerous cups of coffee… and maybe the odd Pinot! 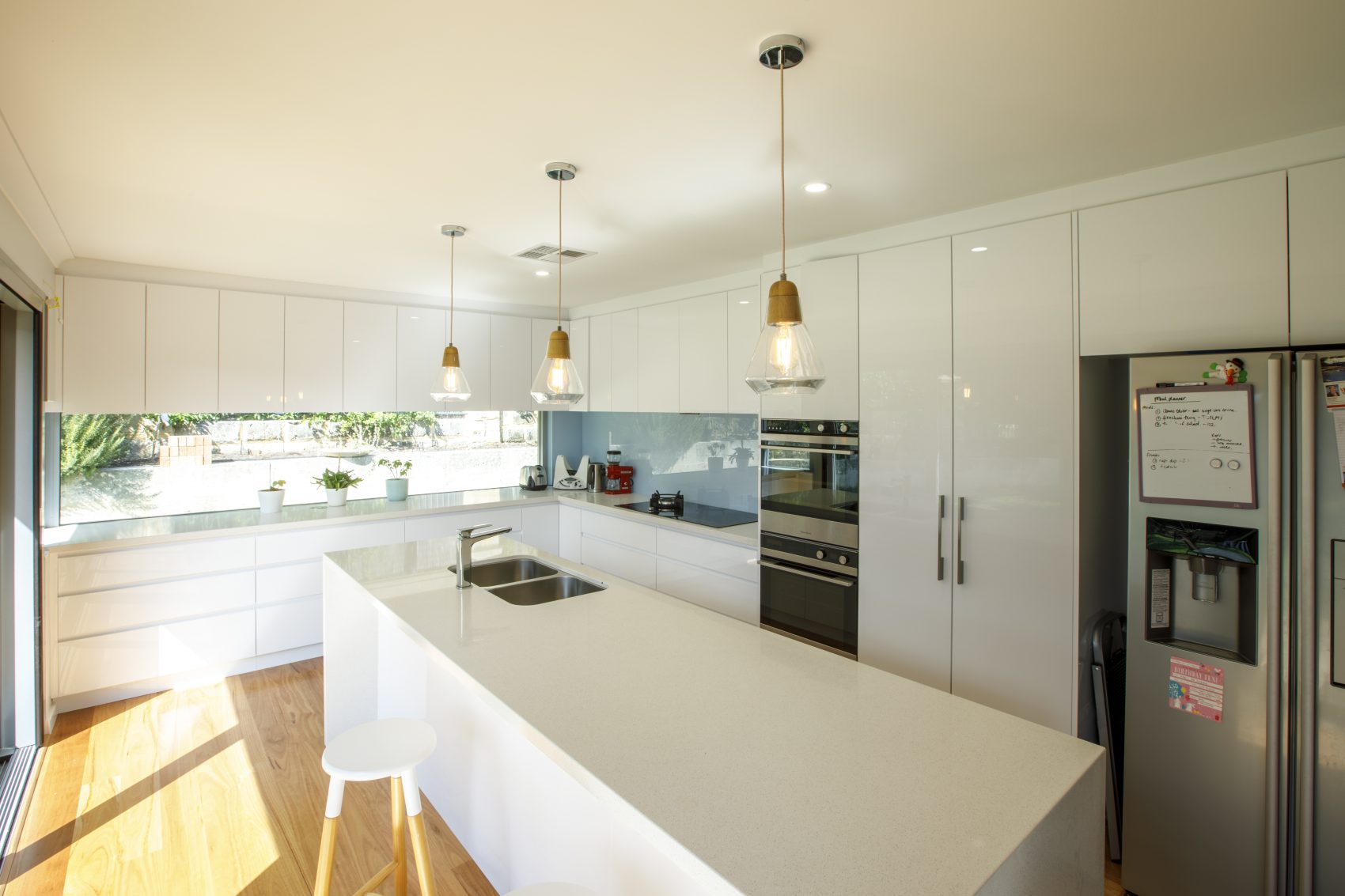 There were a number of areas where the owners could have spent more to have gained minimal additional effect, yet all would have pushed the budget higher or meant other items being sacrificed in a financial balancing act. One in particular was the existing and small length of coving above the new stacker doors, which must have been installed after a particularly good bottle of Shiraz, which the owners decided to leave in a trade-off for a pop-up power socket in the kitchen bench. 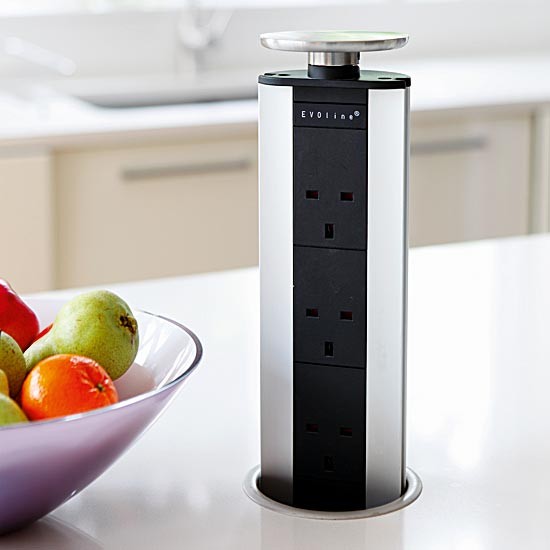 What a wonderful choice when a budget must be adhered to and such good discipline. I can honestly say within five minutes I’d forgotten about the coving (all but the trained eye would notice it clearly) but I’ve heard so many good comments on the ‘tower’ and its practicality, that I have included it in several designs since!

Plans are afoot for the alfresco area which was stripped from the project rather than try to squeeze it in, to the detriment of the cabinets. Again, a good decision and great example of focusing on key areas and, while looking at ways to maximise the budget, not to stretch it beyond recognition. If you want to build stronger arms, you don’t go for a run, do a heap of sit ups and a couple of barbell curls!

By the dwindling stages of planning and with the budget almost depleted, in a last gasp of creative air to give the bedroom a lift, neat use of low-level beside pendant lights, coat of paint and a strategically placed framed-photo (oh, how romantic) and the bedroom had a new lease of life. 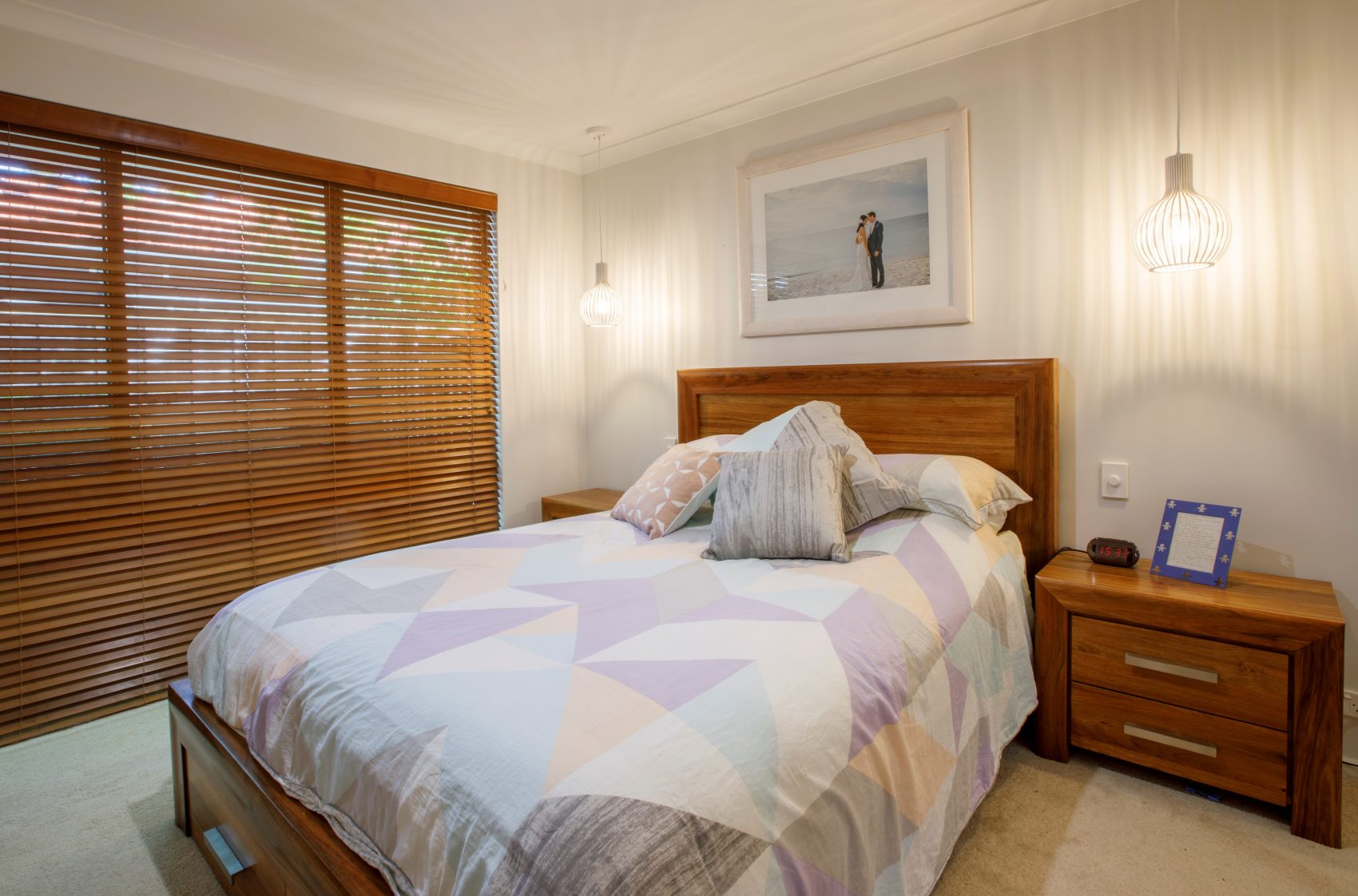 I’d like to think that many less-than-good decisions were avoided through the use of time and a little creative budgeting at the planning stage. They (whoever they are) say that the ‘devil’s in the detail’. In this instance, the detail was in the budget rather than often awarded architectural detail that can render a budget as useless as trying to straighten deckchairs on the Titanic (credit to Stephen Covey for that line!). But you get my point. 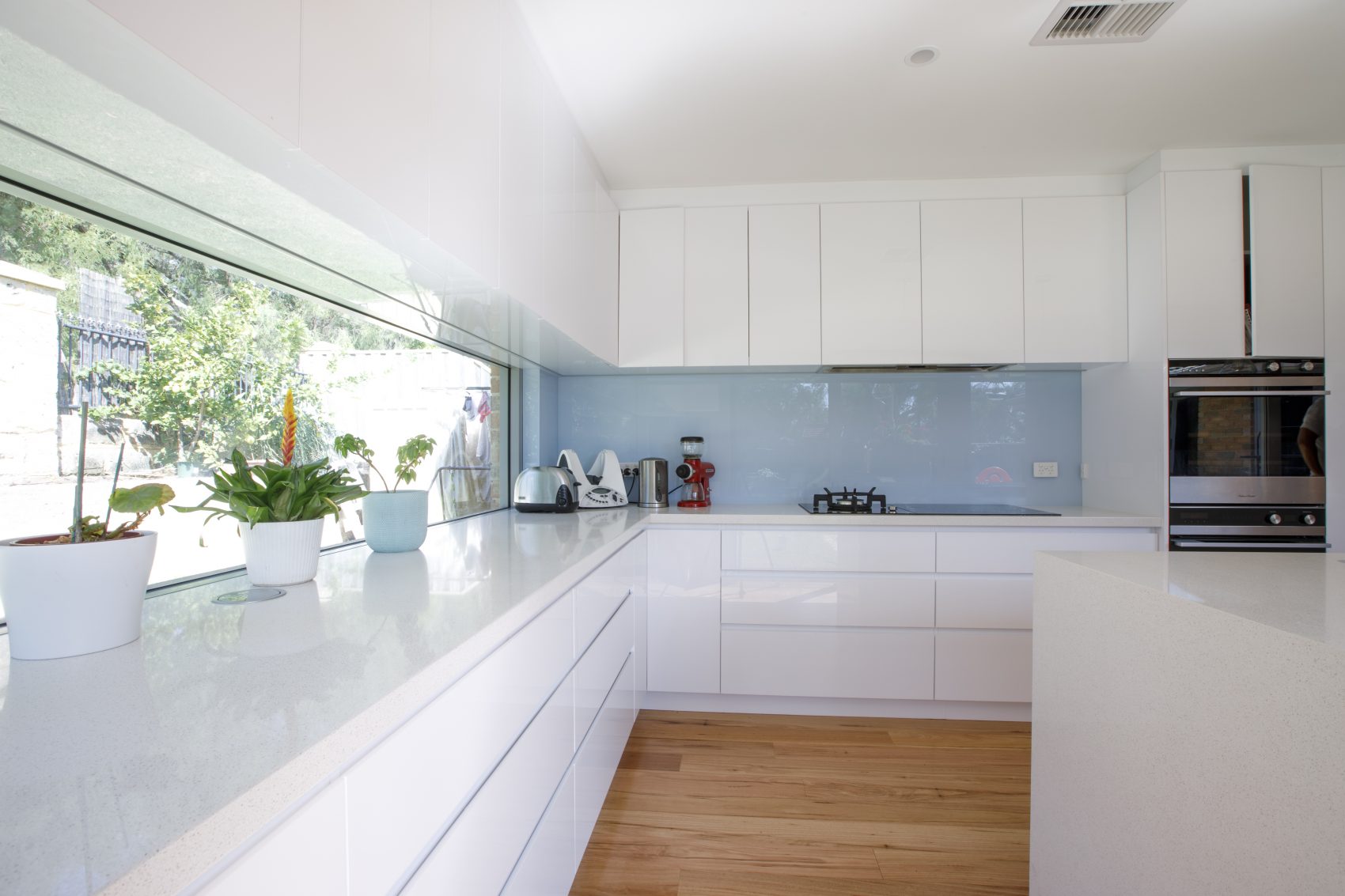 Rambling aside, the project was a Finalist in the 2017 Housing Association’s Awards for Renovated Kitchens.

We try not to be too 'cheesy' but sometimes quotes

Big brother’s next project underway...watch this

Check out our new Hoodies for 'One Life' men and t